EDITOR'S UNDERSTANDING OF A SUSPENSE THRILLER

Rajiv Khandelwal surprises me every time I see his movies. I get more and more convinced for his acting talents and capability to portray a characters with all the integrity. He has never been in the league of Bollywood super stars but still he has been able to make his mark among very few of those Bollywood lead actors who have been consistent and are visible once or twice a year in a movie. The astonishing fact is that with no big super hits under his belt, still he is able to find people choosing him for lead roles. His personification of a Bollywood hero has always been impacting. He has been an epitome of success to all those who want to enter Bollywood or are part of it for his perseverance and hard work which has reaped dividends for him.

Gauahar Khan is the real surprise element as she has done great acting and her role which demanded lot of variance in portrayal of character has been very well performed by her.

FEVER boosts of an interesting star cast which includes the Italian bond girl Caterina Murino, Britisher Gemma Atkinson and a profound Bengali actor Victor Bannerjee along with the lead actors Rajeev Khandelwal and Gauahar Khan.
The role of the protagonist is played by Rajeev Khandelwal who wakes up in a hospital with hazy memory of his past life. Infact he has small recollections of his past as obscure flashes which hit him time and again where he is able to recollect few facts about his past. All he knows is that he has done something wrong and that his name is Armin from Paris. The plot revolves around the subconscious mind recollections indicating that a crime was committed sometime in the past leaving flashes of ghastly images beleaguering his mind. Soon he starts getting visions of a murdered woman. This movie is showcased as a big jigsaw puzzle where our protagonists keeps on putting the pieces of the puzzle together as the movie progresses. While in hospital he meets Kavya (Gauahar Khan), who he befriends after couple of time they bump into each other. He tries to confide in her what all he is going through to find solace. The movie moves at slow pace and is sluggish at times as lot is shown that our protagonist is going through to learn more about his past, which at times gets over stretched and bit wearisome.

Gauahar Khan is the real surprise element as she has done great acting and her role which demanded lot of variance in portrayal of character has been very well performed by her. There is lot of skin show done by Gauahar Khan but she has done all the kissing scenes with all the elegance and as the role demanded. This movie cannot be labelled as a master piece and does not keep audience on the edge of their seats but has enough suspense that keeps the audience captivated and busy guessing as to what next as the movie progresses. The movie keeps the audience indulged and guesstimating as to what is the plot but the unfolding of the same does not give a very satisfied ending for it lacked the authenticity of a suspense thriller and turns out to be more of a mind game.

The locations chosen for the shooting are beautiful as almost the entire movie is shot in Switzerland.

Rajeev Khandelwal acts with all the mannerism of a detective in the movie and has tried to make it intriguing with his acting skills but this suspense thriller is more of a confusion than being a mystery. The director has tried to knit lot of abstract action sequences with powerful sound tracks trying to add some shock value to the story but there is lot of complex situations in the first half which makes the movie more boring, with over stretched suspense phases rather than being intriguing .The first half is crammed with confusion and one tends to lose the plot several times. The narrative leads you to a dwindling and grappling obscurity rather than convolving to be a true suspense thriller despite desperate efforts to be befitting to the thriller genre.

The second half drags too and the plot leaves you disappointed for it lacked the suspense element and the genre of a gripping thriller.

Many of the characters in the movie are more of a fantasy rather than being authentic as they look unreal. The music by Ranjit Barot is a treat. "Mile ho tum" by Tony Kakkar and "Bas ek baar" by Arijit Singh are soulful songs.

To summarize it is a movie with very good acting done by the lead pair, has excellent music with captivating sceneries of Switzerland but it battles in between reality and fiction, thus making the plot unappealing.

Nevertheless, this movie has been a great attempt to make a worthy suspense thriller. The concept is good imitating a Hollywood style treatment with nice performances by Rajiv Khandelwal, Gauahar Khan and Gemma Atkinson. The culprit here seems to be the story which is more of a maimed concoction of a suspense thriller rather than an enthralling suspense actioner. For me the end was more appalling than appealing but kudos to Gauahar Khan for her emotional depiction of character in the finale.

For all the hard work done by the actors and various departments like direction, cinematography, editing, music, sound, songs this movie surely deserves 3 stars. This Rajeev Jhaveri's FEVER is surely a one time watch!
Â

There are no comments yet. 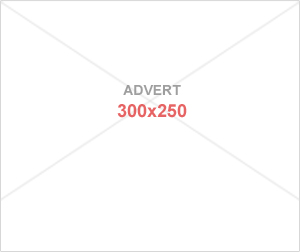 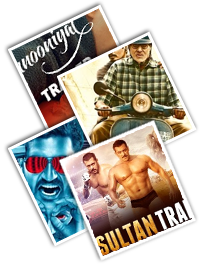